Ensign Athansia Kirrin is the Assistant Chief Medical Officer on the USS Spectre.

Slight build but with a wiry strength. Her face is attractive but not beautiful, her nose being a little too pronounced, her mouth a little too wide, her ears slightly prominent. She has a confident expression, and her hair is slightly below shoulder length.

Had the usual Romulan childhood illnesses, but naturally missed most of the human ones. A few broken bones during military training. Nothing outstanding or unusual.

Stepfather: Perdan a Romulan diplomat who has served in embassies throughout the quadrant at various levels. Stepmother: Arghylla, a Romulan scientist. Two older step-brothers, Perron and Farlin (see below). Athanasia is known to family and friends as Zia.

Zia's parents both died during an outbreak of Rigellian Flu when she was three months old, along with many of the human colonists on Gibraltar. When no relatives of either of Zia's parents could be traced, Arghylla (who had been working closely with Quentin Kirrin in the joint research facility on Gibraltar) and Perdan took in the little orphan and made her a part of their family.

Zia was always treated as a daughter of the house and is very close to her adopted family. Whilst Zia speaks Federation standard fluently as the adopted daughter of a diplomat, her first language was Rihannsu and this tends to show in a lack of idiomatic terms in Federation standard, something she is trying to rectify.

Thanks to her upbringing, Zia is fluent in various languages including Romulan, Federation Standard and Vulcan and her adoptive family hoped that she would be able to join the diplomatic corps after the obligatory military service.

After an episode at school when Zia was bullied by some of the other children, Perron and Farlin took it on themselves to teach her self-defence. Since she showed an ability for this, Perdan saw to it that she was taught unarmed combat by the best teachers he could find, wherever he was stationed, and Zia excelled.

University on ch'Rihan (Romulus) where she studied medicine.

Later did a year at Starfleet Medical to bring her up to speed with Federation practices and treatment.

After completing her medical studies she passed the induction to the RSE military with flying colours and it was even mooted that she might be recruited into the Tal Shiar. However, the powers that be evidently felt that her human ancestry, her early and continued exposure to 'outside influences' and her 'regrettably ingrained habit of independent thought' made her a bit too much of a risk for the Tal Shiar to swallow. So after some discussion, Perdan called in a few favours in the Senate and also the Federation Diplomatic Corps to get Zia seconded to Starfleet on an 'exchange programme'. The length of the exchange, or even whether any Starfleet officer was actually exchanged for her, has not been specified but it is understood to be long-term. 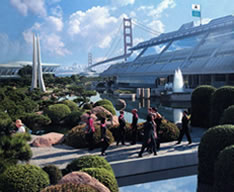 A little bit of a fish out of water, Zia nevertheless will make an effort to fit in. Spent a year studying at Starfleet Medical whilst also taking some Academy courses to complete her training before being given a posting on a starship. 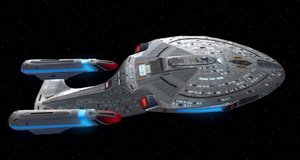 Originally assigned to the USS Keen, events conspired to prevent Zia taking up that posting. As it turned out, it was lucky for Zia that she didn't make it to the USS Keen as that ship was destroyed two months after Zia had been due to take up her position there.

Currently Zia has met up with an away team from the Spectre and is involved willy-nilly with their away mission.

Zia plays the keyboard well - she is not of a professional standard but inherited a musical talent from her mother which allows her to pick up most tunes almost instinctively. Her adoptive family encouraged her in this, and she is happy to play to others as well as by herself.

She enjoys reading and is currently working her way happily through various classic authors from a wide range of races.

She also likes to play cards, and will happily join in with whatever recreation is taking place.

She fences reasonably well, enjoying the strategic side as well as the gymnastic one.

Languages: speaks Romulan, Federation Standard and Vulcan. Understands Klingon but does not speak it well. Has a smattering of various other Federation languages.

A good but not outstanding pilot of small craft.

Qualified doctor - original training on ch'Rihan augmented by studies at Starfleet Medical, Zia is a skilled medical practitioner. What she does not know first hand she is not afraid to seek information on either from colleagues or the extensive computer records available to her.

Although of human parentage, Zia was brought up in a Romulan family and considers herself to be Romulan.