"I regret the loss of life and that so many died in the entire mission, but there was no choice if we wanted to achieve our goal unidentified."
— {{{2}}}Hania to Captain Devan Sash minutes before his suicide.

Thom Hania was a rugged specimen of a Native American Indian male. He wore his hair in a Native American style pony tail. His classic Hopi features are well chiseled and he had dark brown eyes, a prominent nose and strong chin. He is shorter than the majority of off world Human males, but his 5’8.8” 260 pound body was surprisingly strong. His physical demeanor indicated cool, calm confidence.

The status of Hania's parents is unknown at this time. His father is a tech wisemen, a hereditary ancestor of the pilots and scientists that brought their tribe to Necron Red II centuries ago. His mother is a Medicine Woman in the true Native sense of the word. He has a younger brother and an older sister. His brother has embraced his mother's philosphy and teaching while his sister has turned away from traditional native teaching for the facts of hard science. His father is unhappy about his sons decision and his mother is unhappy about her daughters decision, but in the end they were supportive.

Ensign(jg) Thom Far-Eye Trueshot Hania received nearly three years of advanced training at the Black Ops Training Center on Belemar VIII and then went on to Starfleet Academy where he graduated on Holodeck 8, with the infamous Standorval Thrall. His is one of the Native American tribes that fled from the depredations of the white man on Earth's ecological systems to Necron Red II, not long after Zephram Cochrane developed warp drive.

Hania was assigned to the USS Nimitz upon graduation from the Academy as its Assistant Tactical Chief. 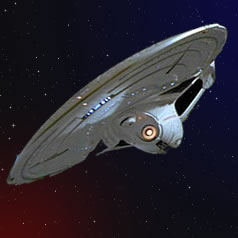 Mission One: For a Friend.

On Stardate 2407.03.07 Hania joined Captain Devan Sash and various members of the Nimitz Crew in the unauthorized rescue of Lieutenant Dru Tagon from a Doenitz Prison facility of Djörn Major. The team, using a borrowed Klingon Bird of Prey intended on using its cloaking ability to allow them to infiltrate the prison facility and affect a rescue of Lt. Tagon.

During the mission, several crew members suffered from mental breakdowns. Their judgement was so impaired that they invented paranoid fantasies regarding Hania. Due to a perfectly reasonable defense move on Hania's part near the end of the mission, Eric McDermott in particular was so ill that he convinced himself that Hania had long been an intelligence agent of Admiral Doenitz, and had taken advantage of the mental breakdowns to push forward his own operational plan, which was essentially a head on assault against the prison security forces. McDermott claimed that Hania had taken advantage of McDermott's near incapacitation, to place his own claim that McDermott's plan was too risky and would place too many innocent lives in danger. The irony of this specious claim was that it was abundantly clear that McDermott's paranoia was the issue, and that Hania had planned nothing even remotely criminal, and had in fact only been attempting to do his job and protect the Nimitz's crew to the best of his ability.

McDermott then went a step further and attempted to blame his incompetence on Hania. Due to his inability to respond in a logical and professional manner, and the competence of the command staff in choosing the best plan, Hania's plan was adopted over McDermott's.

However, when confronted at the conclusion of the mission by Captain Devan Sash and Ensign(sg) Cecilia Bruce, Hania realized that he had been misunderstood, and was on the brink of being unfairly framed for what and who he these unbalanced individuals thought he was. Instead of standing up for his perfectly justified behaviour, he over-reacted to his fellow crewman's unjustified and unexpected betrayal. It was at this point that he committed suicide via his implanted cybernetic device.

This incident became the dark conclusion to what was otherwise a successful mission for the USS Nimitz. Whether the offending officers will ever have to pay for what they did is as yet unknown.

Hania, as with many of his race, was overly sensitive to heat and bright light. Hania’s ocular implants which were implanted to protect his eyes from UV radiation.

Insubstantiated post-mortem analysis of this device indicated the device might have served more sinister purposes, and could only be initiated by the mental command of the individual in whome the implanted was placed, in affect makeing it an automated suicide implant.

Hania died on Stardate 2407.03.09, committing suicide as a reaction to lies and betrayal regarding him by his crewmates.

Given the Necron Red II's heavier gravity, Hania was physically stronger than his size and weight would indicate. Hania's exceptional vision was primarily a result of the conditions of his home world and genetics, but it was slightly enhanced by his ocular implants. Because of Necron Red's dimmer illumination Hania had better cold tolerance than his terrestrial ancestors.

Hania had a heightened environmental awareness, which often made him much more difficult to surprise and less easy to deceive. Hania also had an intuitive, spirit oriented, awareness which could at times give him heightened sensitivity to things that might be classified as spirits per se, non-corporal or extra-dimensional beings and other anomalous phenomena not perceivable through the normal senses, or through traditional scientific instrumentation.

Thom dated heterosexually. He had no aversion to dating outside his species as long as they individual was humanoid female and therefore compatible. Hania had a strong aversion to bigotry and prejudice based on race, which might have contributed to his over-reaction to the lies and foul behaviors of his crewmates, leading to his suicide.