David Taxia is a Starfleet Officer who is currently the Counselor onboard the USS Spectre. 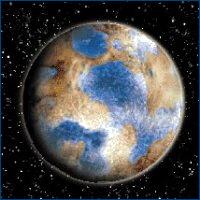 Taxia, like most Betazoids, was born on Betazed. He was born to a well-off family who owned a large estate in the Mountain Region of Betazed. His parents were doctors, and encouraged David to learn everything he could about philsophy.

Has a teenager, David loved to spend his time drinking the Betazed verison of wine and read poems and philsophpical essays by the greatest mind in the galaxy. He orginally wanted to be a doctor, like his parents, but gave it up and became a counselor.

He has a Human great-grandmother, and was named David, after her father, his great-great-grandfather. Because he is 1/8 human, his telepathic powers are weaker than most full Betazoids, but yet, they still exist. Taxia is the first member of his family to leave Betazed (of course, that is omitting his great-grandmother, who was born on Earth, but spend most of her life on Betazed)

Taxia had average grades at the Academy, and impressed his classmates with his knowledge of poetry. He loved just laying in the Academy court yard, bare foot, reading poetry and drinking wine, from Chardonnay to Klingon Bloodwine, Taxia had a real taste for the substance. However, this was frowned on by his instructors, and Taxia recevied a few bad marks on his Academy record. Despite this, he graduated with good marks and was given the rank of Ensign (JG).

During his time on the USS Wright, Taxia basically functioned as the Counselor's assistant, since the other counselor had a good working relationship with the crew. However, he did his duties well, and was promoted to Ensign (SG). This didn't bring about any change, and Taxia contiuned to be an assistant.

Finally, a small group of the USS Wright's crew was dispersed through out the fleet, and Taxia was sent to the USS Spectre and promoted to Lieutenat (JG).

Taxia arrived on the USS Spectre and was again, an assistant under Counselor Lronen. However, following Counselor Lronen's departure from the Spectre, Taxia assumed the role of main counselor. He was first greeted by Dr. Andrew Williams and Will Alexander. He then under took the task of reading all the old counseling logs.

Taxia was later called to a mission where he found that Captain Remae Ktell had been critically injuried on an dangerous away mission. He agreed to help the crew through this struggle, and helped Dr. Williams break the news to Captain Ramae that he will most likely never walk again with his own feet.

The Spectre shortly after arrived at Starbase 375. Taxia, still a wine enthusiast, ordered a rather large shipment of wine from a Feregni trading post on the Starbase. However, once it was beamed aboard, an overzealous security guard took it away, and tried to capture Taxia for not filing the proper paperwork with T'Vhor. Taxia was confronted by Yelena Vasilyovna, who accused Taxia of being an acholohic. Taxia defended himself, and later had T'Vhor ok his purchase.

Mission: The Sword of Damocles[edit]

The Spectre went underway, to recover a very important person, who's idenity has of yet has not been revealed to the general crew. En route to meet their contact at Alpha Onias III, they recountered a shuttle, carrying a Vulcan agent, and a traitor to Spectre, H'Chir. H'Chir had mental problems, possibly stemming from torture. Dr. Williams called Taxia into sickbay to help him return to normal, and possibly discover why he betrayed the Spectre.

Into the session in Sickbay, H'Chir started to panic and collapsed into a coma-like state. Taxia informed Dr. Williams that there was a second mind inside of H'Chir's mind, and went to discover what could cause this.

Soon, the Spectre picked up an important person and started off to pick up the person known has "Zulu One", but the Spectre was assaulted by two black sleek private assault ships. The Spectre was heavily damaged. A Marine boarding party found the men onboard were all ex-Starfleet, almost has if mercanaries hired by someone (probably Doentiz) to stop the Spectre from getting to "Zulu One".

Taxia, feeling the worries of the crew, stormed the bridge and demanded that T'Vhor do something. Lt. Rogers was angry and it looked like Rogers and Taxia might engage in a fist fight, but cooler heads preveiled and Taxia was sent off the bridge.

Taxia was reassigned to Starbase Geneva after his tour on the Spectre, pending a new assignment.

This represents the farthest point in Taxia's career thus far. This will be updated as events unfold.

Taxia is played by KevinSchram