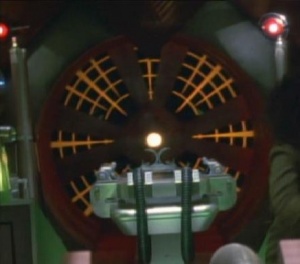 The genotron is a Vidiian medical device that can convert genetic material from matter to energy, and back again as a complete organism.

In 2371, Vidiian chief surgeon Sulan used a genotron to reconstitute B'Elanna Torres as a full Klingon, after extracting the Klingon DNA from her original self, who then became fully Human. Sulan hoped the fully Klingon Torres would allow him to gauge the resistance of Klingon physiology to the phage. (VOY: "Faces")