The Endeavour is a lightship based on the Bajorans design of the early 16th century. It is a sub light vessel which utilizes solar sail-powered space flight. The ship can be crewed by one to two people who live in zero-g. It is controlled by hand winches which are used to deployed and retracted the sails. There are five sails two mainsails and sprit sails which are port and starboard of the main hull and used to provide propulsion and jib sail in the middle used for steering. Illumination is provided by lights which are in the cabin space and well as the primary and secondary viewports. 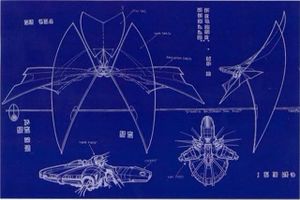