The Luna Class ship was launched in 2379 and meant to be used as a new class of exploration vessel by Starfleet. The Most known Luna Class vessel is the USS Titan, commanded by former Enterprise-D and Enterprise-E first officer William Riker.

The Luna-class is a type of starship that came into service for Starfleet in the late 24th century. 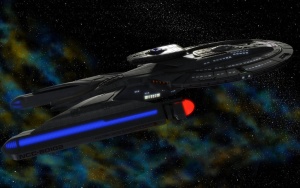 The Luna-class starship was designed by Dr. Xin Ra-Havreii, of Utopia Planitia Fleet Yards on Mars, and initially conceived for scientific exploration of the Gamma Quadrant following the discovery of the Bajoran Wormhole. The project was sidelined by the impending threat from the Dominion, then restarted following the end of the Dominion War.

The Luna-class starships arethe top of the line in Starfleet's scientific and exploratory pursuits on behalf of the United Federation of Planets. Each had an average crew of the 350 individuals and was approximately 450 meters long. Their shuttlebays were reminiscent of the old Constitution-class shuttlebays, having a more rounded opening door. They also featured a longer "runway" for shuttles as they entered and exited the ship.

The first production run of Luna-class starships were all named after moons, with first batch named after moons in the Sol system. Although subsequent runs also featured a large number of ships named for moons other names also began to be used as well.

The Luna-class ship features a sensor pod just above the back of the saucer section that can be accessed via turbo lift. It is comprised of at least two decks that has more advanced sensor nets and data collection grids that were better than even the most advanced space telescope employed by the Federation for its time. The sensor pod itself could be manned by up to 8 crewman at a time, and even included a special TOV suit that allowed a person to control and manipulate probes, giving them a "front row seat" to the action as it were. 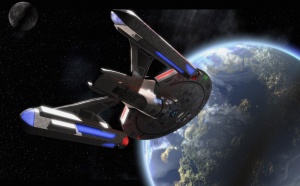 One of the features of the Luna-class was the highly adaptable life support systems in place throughout the ship, including unprecedented customisation of crew quarters. This allowed the crew roster to include a far greater diversity than most Starfleet vessels, whose life support systems usually mean ships were crewed dominantly by one race only. 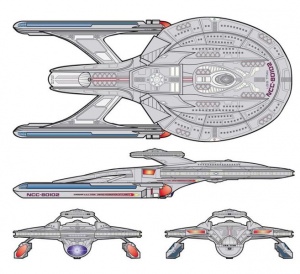 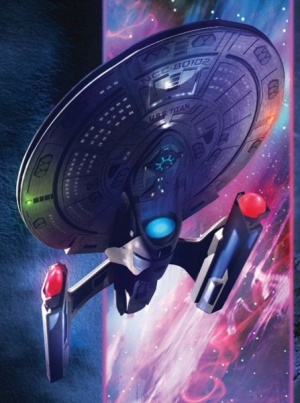