Star Trek Freedom is a free game located at www.startrekfreedom.com, and although it is a PBeM with about 60 members, we also do what we can for the community with banner exchanges, links, forums, top lists and now a wiki.

The game focuses on the adventures of the 52nd Fleet and the ships in that fleet, the USS Nimitz, USS Boudicca, USS Spectre, USS Paladin, USS Mystique and the newest ship, the USS Dennison. The fleet also involves one major space station, Starbase Geneva. These ships and station are in a large overplot in harsh civil war trying to stop the evil Admiral Doenitz and his faction of Starfleet ships.

I've literally made hundreds of test art for the game over the years, I don't throw anything away during a design process of a site, so here is some what I did, some made it in, some didn't - Anthony 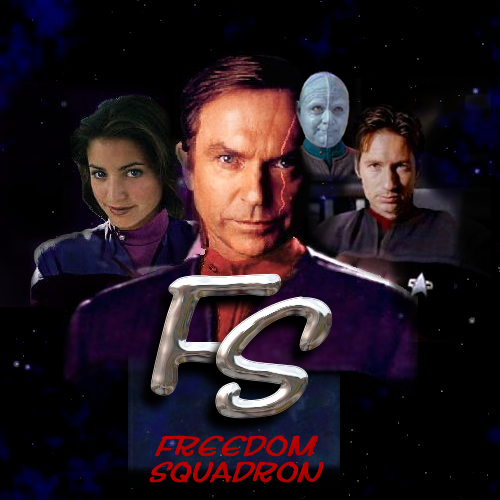