To Skin a Cat

On Stardate 2407.03.22 the Nimitz received orders from the Admiralty to conduct a snap raid on Cait Prime (Ferasa) with two separate objectives.

The first was to verify the existence of a Doenitz research facility believed to be developing biogenetically altered Caitains for use as Super-Soldiers. Once the facility was located it was to be destroyed using any means necessary.

The next objective was the rescue of two Starfleet officers on Cait who were being pursued by Doenitz forces. Both officers had remained just ahead of their pursuers by remaining hidden in Cait’s Jungle basins but it was only a matter of time before they were caught.

The following Nimitz crewmembers participated during the Raid on Cait: 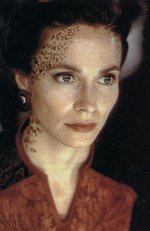 As Regional Governor, Leena Vell is responsible for the leadership of Cait Prime under the Doenitz regime. Originally from Trill, Leena is joined with the Vell Symbiot and has served for over twenty years as both a diplomat and an administrator for the Federation. Under the Doenitz Regime, Vell has served twice as a Planetary Governor and now as a regional Governor. Her assignment to Cait was two-fold, to act as the regional governor and to take personal charge of the secret research project on Cait. 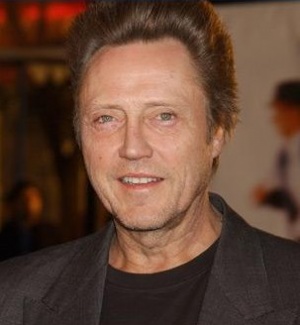 Professor Maori Baynor is a scholar from the planet Angosia III. He is an accomplished intellect, as are many of his kind, preferring to focus on intellectual development to the exclusion of all else. According to records, Professor Baynor is a descendant of one of the original scientists that helped to create the sub-race of super soldiers that had started a civil war on his own planet 40 years previously. With many of his family dead during that conflict, Maori fled the planet in search of new ways to hone his talents. Since that time, Black projects under the Doenitz Regime are now the Professor’s forte.

After slipping through Cait orbital defenses, Sash and his team was able to make contact with the two Starfleet officers as well as a local resistance group, the Caitain Liberation Force on stardate 2407.03.25 just outside the village of Chtarr. Once arriving at the village the Captain met with various Caitain officials and gathered further information on their second target, the research facility.

On the early morning of stardate 2407.03.26 the team struck a Caitain railway station and commandeered a train that supplied the research facility that was their main objective. Executing a flawless ambush the team was able to take down the defenders without raising an alarm and used the train as transportation to the underground warehouse of the research facility itself.

Aboard the train the team concealed themselves in bulk transportation crates in order to defeat facility security and infiltrate undetected. Unfortunately they were only partially successful as facility security suspected such an attempt and was prepared to intercept the team. Fortunately Ensign R’Serrot’s inside contact learned of this in time to divert the team to another location five kilometers outside of the facility proper.

This forced the team to use the railway tunnels as a road for a five-klick run to arrive at their objective on time and undetected.

Once within the facility Captain Devan Sash split the away team into two forces. The technical team comprised of mostly science and engineering officers whose responsibility would be the retrieval of data and destruction of the facility itself under Lt. Ahmed Ibn Salid. The Security team under himself and his 2nd officer, Lt.(Jg) Eric McDermott would lead the attack on the facilities security detail neutralizing it and taking control of the illicit research facility.

Lt. McDermott and Salid were able to achieve complete surprise in their respective missions with Salid being able to retrieve hundreds of terabytes of data and with the assistance of Lt. Prothal destroyed the facilities equipment and thereby rendering it useless.

The attack on the facility defense forces was equally successful with McDermott and Sash achieving complete surprise and despite being outnumbered, forced the defending security force on the defensive. The final collapse of resistance occurred when Lt. Salid’s team was able to move into the rear of the defending force catching them in a wicked crossfire. Minutes later all effective resistance collapsed.

With his security troops collapsing around him Professor Colton, a Doenitz confidant turned to a tortured and twisted being which he identified as Delta-Seven-Five, which launched a devastating telepathic attack upon the away team turning half the crewmembers against their own crewmates.

In the midst of the wild melee Lt. McDermott was able to break free of the fighting and reach the side of the Ships Counselor, Lt(jg). Cecilia Bruce. Bruce had been overwhelmed by the attack but for some reason McDermott had remained unaffected. Bruce and McDermott both part Betazoid linked their minds and attacked Delta-Seven. While ultimately unsuccessful in trying to kill or disable the being, they were able to force it to break off its attack on the Nimitz crew.

With it’s attack blunted and Professor Colton unconscious after being stunned by Captain Sash, Delta-Seven turned on Colton and killed him before also dying, presumably from the amount of abuse that it had endured at the hand of Colton and his team of researchers.

With the facility neutralized and Caitain Liberation Force in danger of being overwhelmed on the surface, Sash and his away team transported to the surface using transporters that were jury-rigged by Ensign Tom Jackson.

Once on the surface the Nimitz away team was literally dropped into hell as they materialized in the midst of a pitched battle. Charging headlong into the battle, Captain Devan Sash and Lt(jg). Eric McDermott were able to lead their crewmates to a hard fought victory, crushing the main garrison and its commander despite heavy losses to both the Caitain Liberation Force and the away team itself.

During the final battle the citizens of Cait, incensed and finally pushed too far by their oppressors rose up in mass and attacked the defending Doenitz garrison and thereby sealing their fate.

Among those killed in action were Ensign Paxton and Crewman Dietz, Anders, West and Landers. Among those injured were the Ships Counselor Lt(jg). Cecilia Bruce, Lt(jg). Ramirez, Chief Weiss and Crewmen Sanders, Walters, Keller, Ursay and Browne.

With the battle won and the Caitain government back in the hands of it’s own people the Nimitz withdrew to Starbase Geneva. Among the captured personnel was Professor Maori Baynor who is currently undergoing interrogation and debrief subsequent to his trial for crimes against sentients.

The former Doenitz Regime Provincial Governor Leena Vell is also currently on Starbase Geneva having asked for and received asylum. Vell is currently serving as a special Diplomatic Advisor and has been instrumental in providing access to large amounts of data and intelligence on the Doenitz Regime.