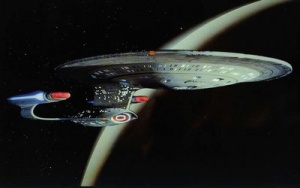 The USS Stangrovina is a Galaxy Class starship battle cruiser/explorer type. The ship was under the command of Captain Ronaldo Lameart for several years in its mission for first contact with other races. After he died during first contact with a hostile species, in the year 2405 the ship had orders from Starfleet to come back to Earth for recrewing and for some system updates. After all that was done, the ship was sent to the 52nd fleet to fight against Admiral Doenitz's forces. Two years later the Stangrovina was ordered to come back to Earth for further orders (classified) but she is not in the 52nd fleet anymore. The ship is now onder the command of Captain Zangroegintzie Walters.