Andrews’ childhood was spent with his parents on whatever station or starship they were stationed on. After they retired the family lived in Mombassa, Kenya until Vincent left for school.

At one time a physically imposing man, Andrews was severely injured in the line of duty during a battle on board the USS Lexington. Andrews lost both legs above the knees and due to severe nerve damage he is confined to a hover-chair and cannot use prosthetics. Despite this he remains in excellent physical condition and his arms and upper body are heavily muscled.

Vincent is heavily scarred from the waist down a legacy of the injuries he suffered aboard the Lexington. Despite the best efforts of Starfleet Medical he is increasingly suffering from side affects of his injuries and his health is in decline.

Vincent was on the fast track to promotion and before his injuries and there had been those in Starfleet who were betting that he would break the record as the youngest officer promoted to Admiral in Starfleet history. An expert in tactics he also showed a flare for diplomacy before his accident.

While in the Academy Andrews Majored in Tactics and Strategic Operations where he achieving top honors, and graduating number 6 in his class.

Andrews is multitalented and is as comfortable planning a land campaign as he is a fleet action. Andrews is known for developing only the most basic of battle plans as he is very much a proponent of the philosophy that “no plan survives contact with the enemy. As such he has the ability to quickly assess a situation and plan accordingly. Before his injuries Andrews consistently scored at Marksman level with hand held weapons and had achieved a black belt in Karate.

Andrews was assigned to the USS Ares as a tactical officer and soon worked his way up to the position of Assistant Tactical officer also being promoted to Ensign (sg). During this time the Ares was assigned to patrol along the Federation/Tholian border during a series of border clashes. Andrews along with the Ares was involved in a series of sharp battles up and down the border and it was during this time that he earned a Combat Action Ribbon and a Captains Commendation. 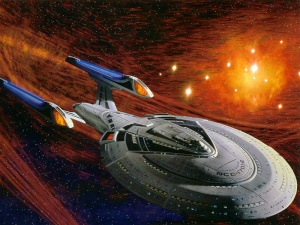 It was during a particularly savage battle that the Lexington barely avoided destruction in thanks to Andrews brilliant strategy that left three Tholian warships destroyed, saving the Lexington from certain destruction. The cost to Andrews however was one from which he would never recover as he lost both legs in that battle confining him to a hover chair for the rest of his life.

Andrews was awarded the Legion of Honor for his actions. 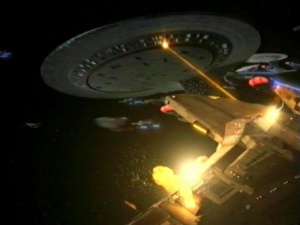 Andrews refused a medical retirement and returned to Starfleet Academy as an instructor in the Academy’s Tactical department. During his time there he has presided over numerous classes and helped train thousands of young cadets who would be future tactical or security officers.

None at this time.

Vincent’s life revolves around Starfleet, the Academy and his cadets. During the little free time he allows himself he is usually running combat simulations and creating new scenario’s to torment his students with.

Vincent is a paraplegic due to the loss of his legs above the knees. He is heavily scarred from the waist down a legacy of the injuries he suffered aboard the Lexington. Despite the best efforts of Starfleet Medical he is increasingly suffering from side affects of his injuries.

Combat Action Ribbon for actions on the USS Ares. Captains Commendation for Actions taken in battle with the Tholians while aboard the USS Ares. Awarded the Legion of Honor for the Defense of the USS Lexington and destruction of three Tholian warships.