Captain Devon Sash is the Captain of the USS Hades. 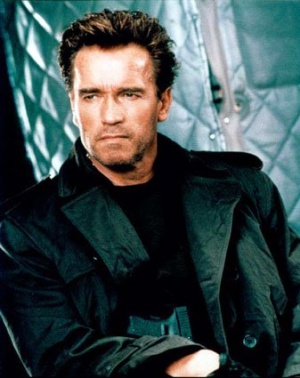 Athletic build, well defined muscles, attractive. He has a scar over his left eyebrow. Appears to be in his mid-thirties.

Pre-Starfleet: Devon had little formal education as a child. He really taught himself to read while exiled on Angosia III's moon.

Sash was taken from his parents as a small child in preparation for his military "indoctrinization". He rally doesn't know who his parents are even if they are still alive. After the Tarsian war Sash settled down with Lynda Synar. They were relocated to Lunar V where Sash took up farming, and Lynda took up raising children. They had a son, Tayor, and a daughter, Melany. All three were killed during the war of Lunar independence.

2397 Lt. sg- USS Guardian- Promoted after CO was killed in an attack by the Orian Syndicate and took temporary command to save the ship and the crew.

2405 Returned from Alternate Universe CO of the USS Nimitz

2407 Advance to commodore of battle fleet

2407.07.03- Assumed command of the USS Hades, commanding both the Hades and the Nimitz simultaneously after the untimely death of Captain Saleke. After the Nimitz was destroyed and after saving the Hades, Sash was given command of the Hades.

Genetically and biochemically altered. Ages at half the normal rate. His chronological age is 60 but he looks like he is in his thirties. Recovering from the psychological training of his military indoctrination.

Expert at several forms of martial arts, and weapons. Reads voraciously. Interested in new experiences and learning games of strategy. As an ex-farmer Sash has in interest in horticulture and maintained a private garden on the Nimitz.

In order to win a war with a neighboring planet, the usually peaceful and highly intelligent Angosians created "Super Soldiers" through genetic and biochemical manipulation. This gave the soldiers moments of incredible strength and reflexes. It also gave them an unforeseen side effect of cellular regeneration, which slows down the aging process. After the war, because of their fear of the veterans, the Angosians confined them to a prison settlement on an Angosian moon. Needless to say, this led to some civil unrest, which suspended their application for membership in the federation. The unrest almost led to all out war. It wasn't until 2388, 22 years after the Enterprise had intervened, that peace was finally brought to be. This was due, in a big part, to Devon Sash. Devon was one of the revolutionary leaders of the Angosian veterans. But he insisted in trying to find a peaceful method of negotiation than all out war on the virtually undefended Plantary Angosians. Sash worked with a Federation negotiation team to work out compromises that his people could accept.