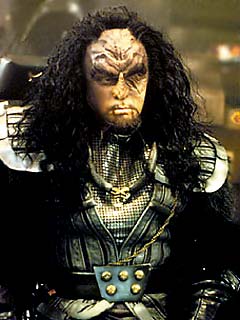 A humanoid warrior civilization and one of the major powers of the galaxy, the Klingon species originates from the planet Qo'noS (pronounced Kronos), an M-class planet. The Klingons are a proud, tradition-bound people who value honor. The aggressive Klingon culture has made them an interstellar military power to be respected and feared. Klingons believe that they have the instinctive ability to look an opponent in the eye and see the intent to kill.