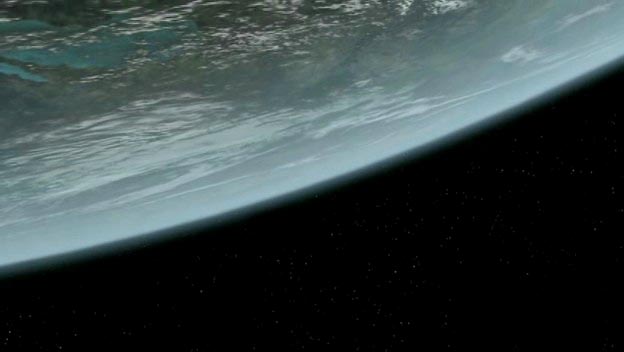 Tellar or Tellar Prime is a Class M planet not far from the Sol system and home to the humanoid Tellarites.

Relative to the planetoid Babel, it is located on the far side of the Andorian Empire. (ENT: "Babel One")

Good arguments are considered a sport on Tellar. (ENT: "Bounty")

In 2155, it became one of the founding members of the Coalition of Planets and later, in 2161, the United Federation of Planets. (ENT: "Demons", "Zero Hour")

Following the fall of Betazed during the war in 2374, it was believed that Tellar could be the Dominion's next target. (DS9: "In the Pale Moonlight")

The Star Trek: Star Charts propose 61 Cygni, a binary star system consisting of two Class K components, located 11.4 light years from Sol to be the location of Tellar. However, there has not been any on-screen reference concerning Tellar's true location so far, but, since it is was founding member of the Federation, it may well be within a radius of twenty light years from Sol.

The planet was attacked and forcibly occupied during the Federation Civil War.