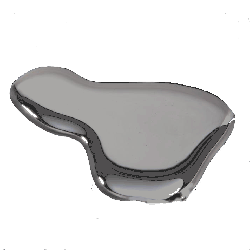 A colony from the Matron Nanoviral Pool

In the aftermath of that warm, the Opthidians began intense studies of Borg nanoprobes. The result was the Matron Nanoviral Pool. Originally the purpose of the pool was to be used to insinuate these heavily modified probes into the bodies of their citizens so that they could then help maintain their bodies while increasing their lifespans.

At some undisclosed point, however the pool became self aware and when fearful Opthidians attempted to destroy it, the Pool declared war.

This conflict was exceptionally deadly, especially since the nanoprobe colonies were easily transmitted. The probes learned quickly enough that if they killed their hosts and then reanimated their bodies that control was much easier. This new tactic terrified the Opthidians, who in an effort to contain the outbreak, sterilized the biosphere of their home world.

The pool however weakened by the loos of hosts was not destroyed.

In 2407 the Damon of the Ferengi Marauder Latinum Throne managed to locate an isolated living sample of the nanoviral pool and stole it. They then conveyed the nanites to Davros III, where they sold them to Doctor Rebbecca Lawson, a specialist in Borg nanotechnology, who was also fighting a losing battle to save her daughter from an incurable disease.

In her ignorance Doctor Lawson introduced the pool to her daughter, who became patient zero for a new outbreak. The Pool quickly spread to encompass the entirety of the colonies 3500 inhabitants and eventually the crew of the Sky of Tomorrow.

The pool was eventually destroyed by a viral torpedo containing a powerful biogenic agent that was supplied by the Opthidian trackers responsible for containing the outbreak. The USS Rosenante was responsible for the development and deployment of the weapon.

As a result , the planet's biosphere was completely sterilized.

This species was first seen in the USS Rosenante Mission: A Fine and Private Place